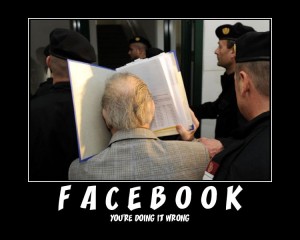 The National Labor Review Board won its court case on behalf of an Emergency Medical Technician who was fired from her job for disparaging comments she made about her boss on Facebook.  The NLRB proved that the speech in question was protected under labor laws allowing employees to openly discuss their compensation, work conditions and hours. While the case was won, it still bears noting that what you post on Facebook and other social media sites is available for the world to see pretty much forever.  This case was won but it took a long and expensive legal challenge to prevail.  This is not something that every worker is in a position to accomplish.  More often than not, workers are fired without recourse for what their employers see on their social media pages.  So even though the law is on your side, you may still want to weigh the wisdom of posting anything your boss would be upset to read online (unless you’re prepared to defend it in court).  I generally limit my expressions of job disatisfaction on social media sites to statements I would be comfortable communicating to my superiors in person.  If I wouldn’t say it to their face, I won’t post it on my wall.
Tap Here to Talk to Us
1 (888) 620-6745
Live Chat