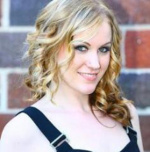 Prior to attending the Allen School, I worked as a supervisor in the manufacturing industry for 7 years. While initially I was concerned about going back to school after being out for 8 years, I took the challenge and went to the books. At one point, I even called my advisor crying concerned I wouldn’t be able to succeed as I had never worked in the medical field previously. After 9 months, I graduated with a 3.67 GPA and immediately began my job search. A friend of mine called me when she heard of my graduation as a Medical Billing and Coding student and referred me to Achieve Beyond USA, a Pediatric Therapy & Autism office. I attended the interview in the beginning of June, and received assistance from my Career Services advisor. Career Services helped calm my fears and reassured me on the question and answers that would be asked during the interview process. In August, I officially started my career as Billing Coordinator. The first week on the job was extremely detailed and a bit overwhelming, but the therapists and directors are so nice made me feel very at ease. The manager has been more than helpful and provided all the training I need to be successful in my position. I want to thank everyone involved for their dedication and their advice that kept me in school and on the right track. It has been a little over a year since I was let go from my previous company and I have already started my career as Billing Coordinator. I couldn’t be more excited! Thank you Allen School!
Tap Here to Talk to Us
1 (888) 620-6745
Live Chat
Your door to a new career in the medical field starts here. Become a healthcare professional in 2023! Learn about our accelerated online/campus-based program and finish in less than a year ! *To learn more about COVID-19 and necessary health and safety precautions, you can obtain information on the CDC’s COVID-19 website..Learn More
+