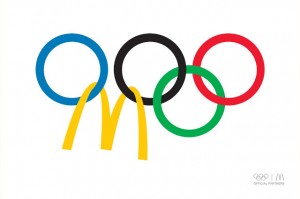 The Allen School blog frequently covers the topic of unhealthy foods, junk foods and especially egregious examples of such.  Nursing assistants are among the medical professionals who witness, first hand, the negative effects these horrible foods have on the health of their patients.  I bet few of the men and women taking the nursing assistant training course at Allen School are going to be anything but shocked when they’re confronted with the ailments that arise from morbid obesity.  But those doctors, nurses and nurses assistants already on the job in the UK have seen it (just as their counterparts here in the US have.)  And this is why they’re speaking out against the leading sponsorship role played by McDonald’s and Coca-Cola in the upcoming Summer Olympic Games in London. It seems their outrage has fallen upon sympathetic ears among the London Assembly.  Established in 2000, the London Assembly is an elected body that monitors the activities of the Mayor of London and has the power to amend the mayor’s annual budget.  As such, they have a good deal of influence over happenings in London and they’ve called for the International Olympic Committee to adopt strict  criteria for Olympic sponsors.  Such criteria would exclude companies like Mickey D’s and Coke from sponsoring the Olympics on the grounds that they are both products that perpetuate the global obesity epidemic.  An event that awards the competitors who display top physical condition and athletic prowess, the Olympics (in the opinion of the London Assembly) should not be sponsored by companies whose products contribute significantly to poor physique and lagging athleticism. As future nursing assistants, what are your thoughts on this controversy?  I mean, we all enjoy a Big Mac and a Coke from time to time and McDonald’s and Coke have long been leading sponsors of the Olympic Games.  But should the health implications of fast food be factored into the decision over who sponsors the Olympics?  Share your thoughts in the comments.