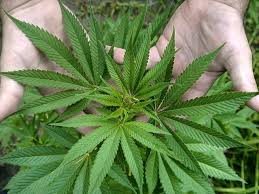 To date, some twenty three US states have legalized marijuana for medicinal purposes.  This liberalizing attitude toward what was once characterized (improperly) as a substance with no redeeming medicinal value has led to the inevitable legalization of the herb for recreational use.  Of course recreational legalization is a bit more controversial and has only been adopted so far in two states – Colorado and Washington.  That said, nursing assistant education on the facts about medicinal marijuana is bound to take place in the real world regardless of whether or not the subject is covered in nursing assistant courses like those offered at Allen School. The full-fledged legalization of pot in Colorado has been a fascinating experiment and has provided significant perspective into what the effects of legalization are from a public health perspective.  Of course, opponents of legalization have always warned that legalizing weed would lead to a significant increase in medical issues.  Now that there has been some time to collect actual, empirical evidence, the reality of legalization’s impact is plain for all to see. This article from Forbes, a reputable publication, concludes after having sifted through the statistics about hospitalizations and other medical interventions due to marijuana use since legalization, that “a preliminary view would be that marijuana legalization in Colorado has not resulted in a widespread increase in acute medical problems.”  There are numerous caveats though.  The article details the numerous unintended consequences of legalized marijuana including the dosage issues arising from edible pot products, instances of children being exposed to pot and other scenarios. Overall, it does seem that not only is medicinal marijuana a legitimate and growing medical treatment, but recreational marijuana is no more a risk to public health than other legal substances like alcohol or tobacco.  In any event, a well-prepared nursing assistant is aware of all the implications of this emerging story.