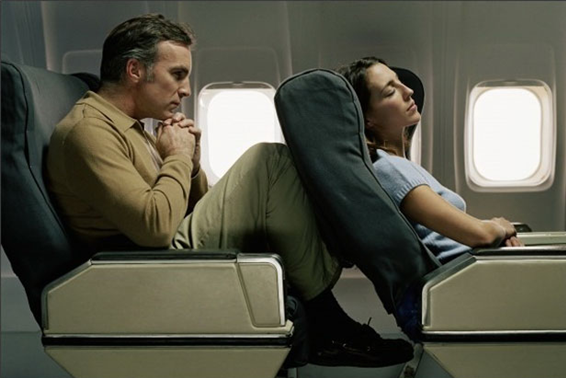 For some reason, this Monday’s news seemed to be chock full of crazy at 35,000 feet.  If one didn’t know better, one might think that there was an entirely new market to be served by the medical community including those who might be considering taking CNA classes to become a certified nursing assistant.  I am talking about the growing epidemic (today at least) of crazy, insane, maniacs attacking other people on airplanes. You just can’t make this stuff up!  The top “train for the insane on the plane” story comes from the Associated Press which reports that a Brazilian man on an Aer Lingus flight from Ireland, went looney tunes and ran amok, biting several passengers before being restrained while the flight was diverted to the nearest airport where he died before he could be arrested. In the second-place “train for the insane on the plane” spot comes this story today from Inside Edition of a man removed from a Southwest Airlines flight which also made an emergency diversion/landing after he began choking the woman in the seat in front of him.  Evidently, he was angered that she had reclined her seat and felt the best way to make his displeasure known was to choke the poor woman unconscious. If these trends continue, Allen School may need to add a new course of study – CNA Classes for in-flight emergencies. Instead of learning about patient health, comfort and care, infection control and OSHA universal precautions, therapeutic diets/feeding techniques, vital signs, body systems and the rest of the course material involved in regular CNA classes, the In-Flight CNA classes will focus on how to treat maniacs who are biting, choking and otherwise inflicting woe upon their fellow travelers.  If you’ve traveled by plane recently, you probably already know that this is likely to be a growing field. <Editor’s note: this piece is entirely satirical except for the description of the types of things one really studies in CNA classes.>