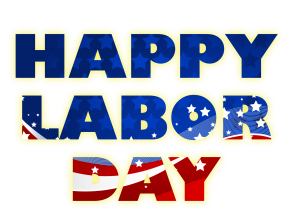 To those of you enrolled in NYC’s favorite healthcare training school – the Allen School – with designs on entering the labor force after training for a rewarding and lucrative new career, this blogger wishes you a happy Labor Day!  Lest we forget the reason for this important holiday while we’re beaching, barbecuing, partying and what have you, I have included the following information explaining the origins of this celebration. From Wikipedia: “Labor Day in the United States is a holiday celebrated on the first Monday in September. It is a celebration of the American labor movement and is dedicated to the social and economic achievements of workers. It constitutes a yearly national tribute to the contributions workers have made to the strength, prosperity, and well-being of their country. Labor Day was promoted by the Central Labor Union and the Knights of Labor, who organized the first parade in New York City. After the Haymarket Massacre, which occurred in Chicago on May 4, 1886, U.S. President Grover Cleveland feared that commemorating Labor Day on May 1 could become an opportunity to commemorate the affair. Thus, in 1887, it was established as an official holiday in September to support the Labor Day that the Knights favored.” Have a safe and happy Labor Day!