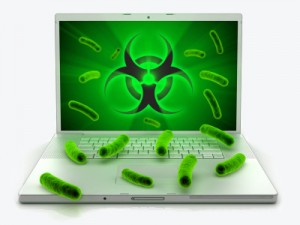 Online students of medical billing and coding spend a considerable deal of time, yep, you guessed it, online!  No news there.  But it was announced today that a new virus threat lurks out there for all denizens of the online world.  Since studying medical billing and coding (or really anything else) online means your educational progress could really be stymied by a bad computer infection, it makes sense to stay up to date on the latest threats so you can make sure you’re protected against infection.  The latest threat is a so called “trojan” virus which infects computers for the purpose of using your computer’s computing power to mine for bitcoins.  Bitcoins are an emerging form of currency which can be used to purchase a growing array of products and services online.  From games to illicit drugs, users of bitcoins are attracted to the “currency” because it is much more difficult to trace than regular old “dollars” spent via credit card transactions.  Here’s a link to a more in-depth definition of bitcoins.  And here’s a link to the story about how hackers are “enslaving” unsuspecting users’ machines to help in the generation of currency which they then use to make purchases.