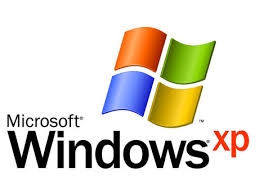 If Your Machine Shows This Logo When You Boot, It’s Critical to Update your OS Before 4/8

Many folks taking medical billing classes online with the Allen School do so for one very significant reason: to improve their financial lot in life.  It is logical to assume that people who identify the need for more income may be doing the best they can with limited resources.  If you’re among this group of people, and you’re studying medical billing and coding online using an older computer – particularly one running the Windows XP operating system – then you need to know the following, critical information. Recent estimates show that nearly half a billion people still use computers running Microsoft Windows XP.  The XP operating system, now more than a decade old, was at one time, the most popular operating system in the world.  However, as security threats (and other computing needs) grew more sophisticated, Microsoft released new operating systems. Since XPs release, Microsoft has subsequently offered Windows Vista, Windows 7, Windows 8 and Windows 8.1.  Several years ago, Microsoft attempted to cease providing support for Windows XP, but was met with jeers from the millions of consumers still using the popular product.  So Microsoft agreed to continue supporting the XP system with the security patches designed to keep the OS from being overtaken by viruses, spammers, hackers and other online threats.  Yet, it hasn’t been profitable for Microsoft for many years to continue supporting what is essentially and obsolete product. The Allen School Blog first warned of this move by Microsoft in this post from last December, but the cutoff date had not yet been announced.  Well, it is now official.   Support for Windows XP will cease on April 8, 2014.  Repeat, support for Windows XP will cease on April 8, 2014.  So if you’re scraping by using an old computer with this outdated operating system, you need to update to a newer OS or after April 8, your machine will be subject to what experts suggest may be a 66% increase in viruses and hacking attacks.