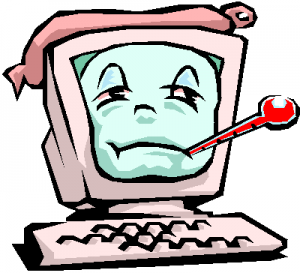 Yes, cold and flu season is still lingering with the unseasonably cold weather here in the Northeast.  So it may be true that students studying medical coding online with Allen School could be fighting off aches, coughs, sneezes and all the misery that these wintertime ailments bring.  But that’s not the kind of bug we’re talking about today.  We’re talking software virus “bugs”. Almost as misery-inducing for the medical coding online student is the computer virus.  Once infected the online student’s computer will be just as knocked out and immobilized as the student would be if infected with influenza.  Particularly vulnerable to infection and hacker attack is the web browser.  Yes, the browser, the vehicles we all use to surf the net – Internet Explorer, Firefox, Chrome, etc.) represent a way in for malicious hackers to infiltrate your machine, often rendering it unusable. We know that all browsers are susceptible to infection particularly well because of the Pwn2Own Hacking Competition wherein hackers gather to (legally) exploit the weaknesses in all internet browsers.  The browser companies sponsor the event as a way to learn where vulnerabilities lie in their products and (hopefully) make them stronger and more secure for users like students of medical coding online and other internet denizens. Security website Threatpost reported on this year’s competition winner, a Korean hacker named Jung Hoon Lee:

“The story of the day was Korean researcher Jung Hoon Lee, who worked alone under the name lokihardt and earned the single highest payout for an exploit in the competition’s history, a staggering $110,000 in just two minutes. Using more ht2000 lines of code, Lee was able to take down both stable and beta versions of Chrome by exploiting a buffer overflow race condition in the browser. He then used an info leak and race condition in two Windows kernel drivers to secure SYSTEM access. The standalone Chrome bug fetched Lee $75,000 while the privilege escalation bug scored him another $25,000. To finish it off Google’s Project Zero, as it usually does when Chrome is hacked at the event, paid Lee an extra $10,000.”

The takeaway message from this interesting slice of high tech intrigue is this: MAKE SURE YOUR ANTI-VIRUS AND FIREWALL PROTECTION IS UP-TO-DATE AND FUNCTIONING PROPERLY!