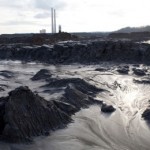 Its not just for vegan, birkenstock-wearing, tree hugging, hippies anymore.  While many are concerned about environmental degradation on a global scale and its impact on the world’s ecology, it may be locally encountered health problems that spur people to action. Humans are hard wired through aeons of evolutionary development, to respond to imminent threats.  Yet longer-term threats do not similarly spur our “fight or flight” adrenaline reaction.   Since ancient times we have been wired to fight or flee from the sabre-toothed tiger in our path.  But for threats that may arise in the next six months to a year, we are not so immediately motivated to react.  This is perhaps why there is far more interest paid to short term economic pain than the far more devastating effects of something as dramatic as the effects of global warming.  However, as environmental degradation begins to have real, immediate, negative effects on people in the communities where they live, we may begin to see a more urgent reaction from people who have been largely unmoved by the dire global warnings of the scientific community.  After all, it is difficult and honestly, unpleasant to even try and contemplate what life will be like in the majority of coastal communities should the sea level rise by 5 feet in the next 50 years.  However, for folks in communities like the eastern Tennessee town recently buried under a sea of coal ash from a failed coal burning power plant, the realities of serious, environmentally triggered health emergencies can be strong motivators to act and act swiftly.  In residential neighborhoods adjacent to industrial areas, where residents report abnormally high levels of asthma and other respiratory ailments, folks are being spurred to action.  And while they may not consider themselves “environmentalists”, they find themselves aligned closely with those who would proudly adopt that “crunchy” categorization.  The more people begin to make the correct correlation between degradation of air, water and food quality, the more they will be inclined to reexamine the ways we live, work, and produce and consume food.