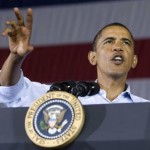 Tonight, President Obama will address a full session of Congress in prime time on the topic of the healthcare legislation currently being debated on Capitol Hill.  Rarely do presidents address the fully assembled Congress outside of the annual State of the Union Address.  So this unusual step is designed to underscore the importance of this topic.  What will the President say? Since the Presidential campaign, Obama has been pretty consistent in stating that he believes health care reform has to do two main things: lower costs of care and provide coverage to all Americans.  He has also long contended that the provision of a public option, to offer an alternative to the private health insurance companies, would be the best way to drive the competition that will lower costs across the board. Through the August recess, the powerful health insurance lobby spent millions of dollars to send “astroturfers”  (phony protestors so named because they are meant to appear as “grass roots” protestors) to town hall meetings held by Congress members in every state.  The insurance industry lobby was also supported by the President’s ideological opponents on the far right who wish to see his agenda derailed.  Not because they have any legitimate problem with lowering the cost of healthcare, but instead because they wish to see the President, and the Democratic Party fail.  Rabid rightwing radio personalities like Rush Limbaugh (who has made clear that he wants to see the President fail), Glenn Beck and other hyper-partisans, have muddied the waters on the debate by using blatant scare tactics to whip up fear and frenzy among their lower-information listeners.  Broadcasting demonstrably false assertions like, “the bill contains provisions to euthanize the elderly” and “the public option will set up death panels to decide who is worthy of life saving medical treatments”, these corrupt “partisans in journalists’ clothing” have been successful in mobilizing the uninformed.  They have succeeded in changing the debate from “which strategies are best to lower healthcare costs and improve access to care” to “the public option is tantamount to Communism, Socialism, Nazism, etc.”  The President’s ideological foes have been so successful in whipping up the fear that the central truth of the message has been lost. A clear-eyed assessment of what is being proposed shows that injecting competition into the insurance market will force private companies to bring their administrative costs down to remain competitive.  The Republican Party, typically the party of free marketeerism, shouldn’t have a problem with competition.  Yet, the insurance industry is dead set against any idea that would result in lowering their record-breaking profit margins down from the currently overinflated 20% to 25% figure.  Simply put, it is the greed of these companies that is providing the financial support for the campaign of lies and disinformation to protect their outsized profits.  If the President’s plan was really a step towards socialism, wouldn’t part of it include returning the health insurance industry to the non-profit status it enjoyed up until the 1980’s when the law was changed to allow them to be for profit?  The President is not taking that bold action.  His plan is merely to provide competition to the nearly monopolistic health insurance industry by offering an alternative option.  Because the public option would be government sponsored, it would not be for profit.  Therefore, it would be able to offer coverage at a significantly lower costs than private plans.  This is the core of the message that the Obama administration wants to refocus upon in the speech tonight.  The forces of the status quo have spent enormous sums of money to distract and sow seeds of fear and doubt.  Many on the Left have fretted that the President has waited too long to push back against some of the worst lies and campaigns of misinformation coming from the insurance lobby and the President’s most radical ideological foes (who would rather see Americans continue to suffer than to see the President succeed at anything since it would invalidate their closest held beliefs). Tonight, we will see if the President can wrestle control of the debate away from the partisans, lobbyists, hate merchants and fear mongers.  We’ll see if he can reframe the debate as the moral and financial imperative  that it truly is.  In closing read the following quotes from the President about how we have arrived at the current state of the debate:

“For twelve year this Nation was afflicted with hear-nothing, see-nothing, do-nothing Government. The Nation looked to Government but the Government looked away . . . Powerful influences strive today to restore that kind of government with its doctrine that that Government is best which is most indifferent . . .

We had to struggle with the old enemies of peace — business and financial monopoly, speculation, reckless banking, class antagonism, sectionalism, war profiteering.

“Those who used to have [access to the White House] are not happy. Some of them are desperate. Only desperate men with their backs to the wall would descend so far below the level of decent citizenship as to foster the current . . . campaign against America’s working people”

Don’t recognize these Presidential quotes?  That’s because they are not from President Obama, but from President Franklin Roosevelt in a speech delivered in 1936. The general election was less than a week away. Roosevelt was wrapping up his re-election campaign at the end of his first term, a term in which he had enraged certain moneyed interests – enraged them to the point that they actually plotted a coup against him. But Roosevelt knew that the people of the United States were behind him. And the speech he gave that night in New York reflected his certainty. Polls indicate that 70% of Americans support the public option.  Tonight, Obama gets a last chance to make clear why Congress should support it.  You can help by contacting your Congressmen and Senators by phone or email to urge them to support a public option.  Below are links to the House of Representatives and Senate websites.  At the tope of each site is a search function where you enter your zipcode to get the contact info for your Congressman or Senators.  Call, email, fax.  Let them know its time to fix this broken system. http://www.house.gov/ http://www.senate.gov/