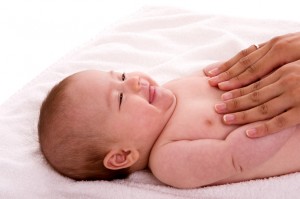 Some days, its hard not to be proud to be a member of the medical care industry.   Sure, as a medical billing and coding pro, or a certified nursing assistant, you’re not going to be deeply involved with medical research.  However, when medical researchers, doctors and scientists announce things like this, it is a victory that all members of the medical establishment, even certified nursing assistants and billing/coding pros can be proud of. It seems that two and a half years ago, a baby was born in Mississippi, to a mother infected with HIV.  Within 30 hours of birth, doctors gave the infant an aggressive treatment for HIV.  Today, a full two and a half years later, the toddler is functionally cured of HIV.  While sophisticated testing has uncovered trace evidence of the HIV DNA in the child’s blood, there is no infection and the child is seemingly cured.  The implications of this breakthrough are staggering, especially in African countries where a statistically higher number of infants are born HIV positive.  This new technique could very well set the world on a course to eradicate HIV/AIDS just as completely as it has measles, small pox and so many other former killers. Makes you proud as a CNA to be a part of the field that ends the suffering of humanity doesn’t it?