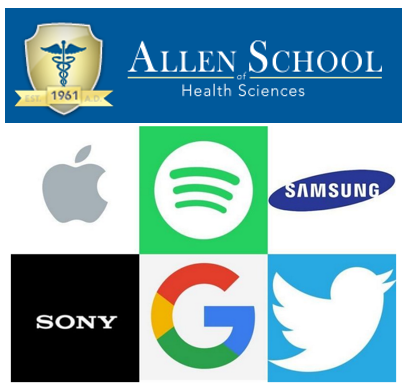 Do you know how market leading technology organizations like Google, Microsoft, Yahoo!, Apple, Samsung and others got their names?  Just like the Allen School Online for medical billing and coding classes online, the reasons behind some of these well-known brand names are often interesting stories. Apple got its name because Steve Jobs liked apples and suggested the name for the fledgling company after returning from a trip to an orchard.  He also liked it because it put his company before his former employer (Atari) in the phone book. Google was chosen as the way most people would likely spell the word “googol”.  Googol is an immense number (1 with 100 zeroes after it) that Google’s founders likened to the vast amount of information their search engine would give access to. Yahoo! was simply an acronym for, “Yet Another Hierarchical Officious Oracle”. You can read about the origins of many more tech company names at this nifty article from Yahoo! Tech. Here’s some information on the origins of the Allen School and Allen School Online for medical billing and coding classes online.

Allen School for Physicians’ Aides (the original name of the institution) was first incorporated in December, 1961 for the purpose of providing residents of the Jamaica, Queen’s area with a quality professional institution offering Allied Health Programs. The first graduating class was in June, 1962. Loretta Teich, purchased the institution on January 31st, 1980. Mrs. Teich owned an employment agency and found that applicants were not properly prepared for careers and lacked the appropriate skills necessary to enter the workforce. She decided to explore the possibility of being involved in skills based training to enhance the ability level of the applicants with whom her agency serviced. The Allen School was purchased.