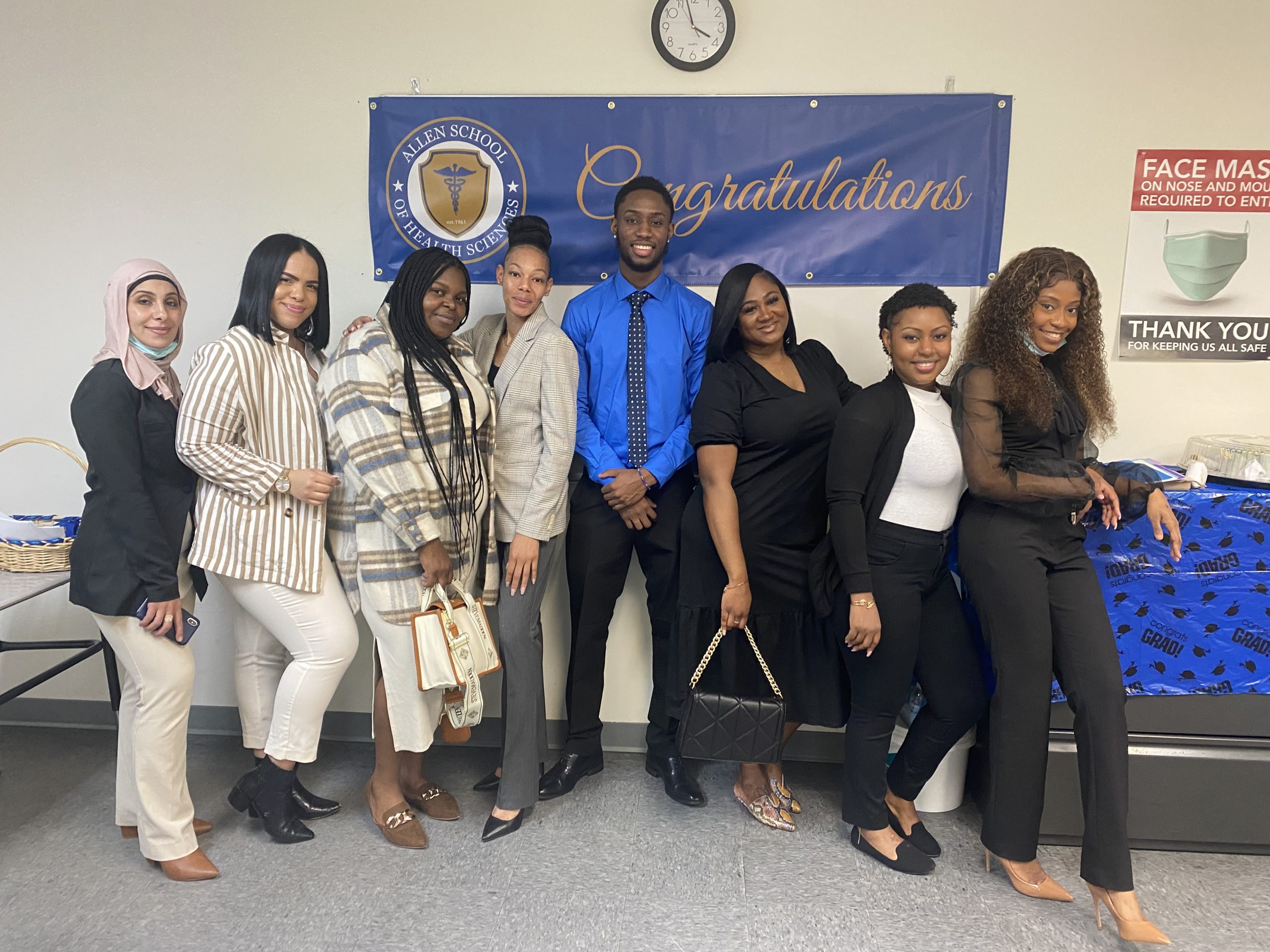 If you’re hoping to work as a medical assistant in a bustling metropolitan city, Chicago might just be the place for you. It’s the United States’ third most populous metro area, yet it has a far more affordable cost of living as opposed to other major cities. It’s consistently named one of the top urban areas for a high quality of life and is home to a diverse population of people from all over the world.    Medical assisting jobs in Chicago are plentiful and varied, especially because there are a number of premier medical centers in the city. On the Near West Side, you’ll find the Illinois Medical District. At the same time, the metro area also hosts two of the nation’s most respected academic medical centers (the University of Chicago Medical Center and Northwestern Memorial Hospital). Throughout Chicago and its suburbs, there is a multitude of physicians’ offices, specialists, residential care homes, and more – so you won’t be short on job opportunities.

Considering a move to the South? In Atlanta, GA, medical assisting jobs number well into the thousands. And as its population continues to grow steadily, the city will only need more skilled medical assistants to meet the increasing need.   Although Atlanta has plenty of that traditional Southern charm, it’s also a dynamic and modern cosmopolitan city. Rich in culture and big on fun, Atlanta offers some of the very best in dining, shopping, entertainment, sports, history, and outdoor adventures. Combined with an affordable cost of living, these perks make Atlanta a great place to kick off your career.

Nicknamed the “Valley of the Sun,” the Phoenix metropolitan area shines with professional opportunities for prospective medical assistants. With famously sunny weather and a scenic desert setting, the metro area is made up of several communities, including Mesa and Scottsdale.    Many cities within the Phoenix metro area have earned mentions as the top places to live in the nation, drawing young professionals and families alike. You’ll be surrounded by mountains in this incredible valley and have more than enough options for shopping, dining, and recreation.    If you’re just beginning your journey toward becoming a medical assistant, Phoenix is a particularly great place to be. The Allen School has a Phoenix medical assisting school that offers an accredited training program for MA students. You’ll gain the knowledge and hands-on experience you need to land the job of your dreams, and you can do it all in the city where the sun never stops shining.    Note: For the purpose of this guide, the Phoenix metropolitan area includes Mesa and Scottsdale, AZ.

Philadelphia may be one of the most historic cities in the United States, but it has a decidedly modern attitude. The metro area has a population of well over 6 million, so it makes sense that there are many medical assistant jobs in Philadelphia – all those people need high-quality medical care.    The city’s economy is growing at an outstanding pace, which is good news for professionals in healthcare and many other industries. Healthcare is one of its dominant sectors, with the largest number of jobs added in recent years. On your days off, you can explore historic sites like Independence Hall and the Liberty Bell or enjoy the extraordinary culinary scene.   Note: For the purpose of this guide, the Philadelphia metropolitan area includes Camden and Wilmington, PA.

It’s no secret that San Francisco is one of the more expensive cities in the US, but medical assistant salaries in the Bay Area are also relatively high. Here, you’ll typically be able to earn more than you would in other cities, so the higher cost of living can be more manageable than you might expect.    The city is home to a diverse population that is categorized as “majority-minority,” meaning that minorities make up more than half of the population. This makes San Francisco an incredibly vibrant and exciting place to live and a place where you’ll be able to meet, interact with, and take care of so many different people. 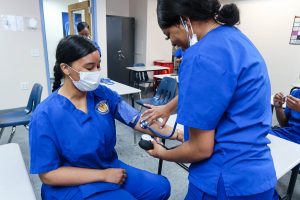 Our nation’s capital ranks 11th on our list of the best places to work as a medical assistant. Despite its relatively small geographic size, Washington, DC, is the sixth-largest metropolitan area in the US. Because such a large percentage of residents work for the federal government, DC is often uniquely protected from unemployment and economic dips.    The city is divided into quadrants, containing more than 130 neighborhoods, each with its own personality and ambiance. Of course, you could easily spend weeks seeing the many national monuments and historical attractions in DC, not to mention the galleries, museums, and special events. But even once you’re a seasoned local and an experienced MA, you won’t ever run out of things to do and see.   Note: For the purpose of this guide, the DC metropolitan area includes Alexandria and Arlington, VA.

As a medical assistant, salary potential in Boston is certainly a plus. Here, the cost of living is somewhat higher than the national average, but so is the earning potential for MAs. It’s also a large and still-growing metro area that will always need a steady supply of skilled healthcare professionals.    Boston ranks exceptionally well on global liveability lists, presenting a long list of benefits for its residents to enjoy. Despite its large size and bustling downtown, Boston still feels remarkably family-friendly and close-knit. You can pick from various neighborhoods to live and work in, from downtown to suburban homes.   Note: For the purpose of this guide, the Boston metropolitan area includes Cambridge and Nashua, MA.

Detroit has long been a major cultural and economic center, earning the title of America’s “Motor City” due to the long-lasting presence of the automotive industry. The cost of living in Detroit is significantly more affordable than the US average, and it’s often described as one of the hidden gems of the US. Here, you can be part of a community that is on the upswing, one where the bright future is bright.   There are more than a dozen major hospitals in the city, including children’s facilities, trauma centers, and university hospitals. There are also several major medical systems with a presence in the city, making up a significant number of healthcare facilities and providers.    Note: For the purpose of this guide, the Detroit metropolitan area includes Dearborn and Warren, MI.

In the last several years, Riverside has welcomed a large number of Los Angeles locals searching for a more affordable lifestyle. As a result, it’s become one of the state’s fastest-growing cities, which benefits anyone searching for medical assisting jobs in California.    Compared to many of the other cities on our list, Riverside is considerably smaller. The welcoming community is more suburban than big-city, which is ideal for those that enjoy a more peaceful way of living. Families and young professionals make up a significant portion of the population, and excellent schools, great neighborhoods, and ample amenities make it easy to see why.   Note: For the purpose of this guide, the Riverside metropolitan area includes Ontario and San Bernandino, CA.

Wondering if there are jobs for medical assistants in Tampa? The answer is a definitive yes, which is one of the many reasons it’s included on our list.    The cost of living in Tampa is on par with the national average, so it’s an affordable place to live as a MA. As you would imagine, tourism is a big part of the Tampa economy – but healthcare doesn’t fall far behind. There are more than 20 hospitals in the Tampa metro area, multiple cancer treatment centers, four trauma centers, and countless private practice offices. Several Tampa hospitals have been honored among the best in the nation, demonstrating a commitment to an excellent level of care.  Note: For the purpose of this guide, the Tampa metropolitan area includes Clearwater and St. Petersburg, FL. 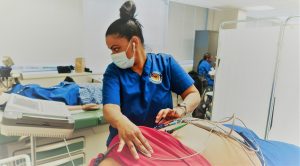