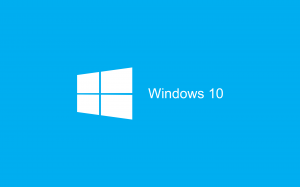 Using your computer to study medical coding online with Allen School is most definitely an exceptional convenience.  However, if your machine is running Window 8, you may be among the many users who harbor a particularly strong distaste for the operating system.  And you’re not alone.  Windows 8 is nearly universally disliked by users due to its arguably failed attempt at incorporating a “mobile style” user interface for the desktop user.  The tiled interface and the removal of the very useful Windows “start button” are but two of the most often cited reasons why users dislike Windows 8. As we’ve written about here before, Microsoft is busy readying its next release of the Windows operating system – Windows 10.  And as we’ve noted, Microsoft is planning to give a Windows 10 update away for free to anyone currently using a licensed version of Windows 7, 8 or 8.1.  If that includes you, here’s what you need to know. Windows 10 will be made available to all users on July 9.  If you allow regular, scheduled Windows updates to be made to your computer, the new software package will be automatically downloaded to your machine.  You won’t have to do anything on July 29, as the operating system will automatically update and install itself.  Here’s an article from Microsoft which explains how to make sure you get the update and the process it will involve. If you’re like this blogger – using the reviled Windows 8, this is welcome news and I join you in anticipating how much easier life will be working with the new OS.  It can’t come quickly enough!