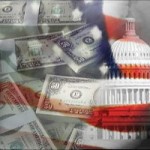 The fate of healthcare legislation will have a profound impact on the industry you, as Allen School students, are poised to enter.  So the historic battle for the future of the American healthcare system is one you should be watching very closely.  Say what you want about the bankers on Wall Street and the way they manipulated their positions to derail the global economy while raking in record profits.  They have always found a way to get paid, whether they were  wildly successful or disastrously unsuccessful.  That’s a neat trick and it’s great work if you can get it.  Just like the full-scale reproductions of the Luxor pyramid, the New York City Skyline and the Eiffel Tower built in the deserts of Nevada, the fortunes of Wall Street were not built using  their own money.  That “sucker’s bet” would be far too risky and why risk it when so many unsuspecting rubes line up to willingly put their own hard-earned cash on the line?  Just like Vegas, Wall Street bankers have built a system where win or lose, the “house” winds up with all the money. Now this is a frustrating reality and there doesn’t seem to be too much that a regular person such as you or I can really do to change it.  But what we can do is understand it and capitalize (no pun intended) on this understanding to better predict (and hopefully preempt) how this unfair advantage is used to divert benefits from the majority of average Americans to the select few who game the system for enormous personal gain at our expense. Case in point:  The current legislative battle over healthcare.  As I outlined in my last post, the three main lines of thought about what to do for healthcare are: 1) do nothing, 2) a single payer plan and  3) the middle ground position, a public coverage option to work in concert with the existing insurance industry.  Two of these three options will have a significant effect on the profitability of the health insurance industry (who is incidentally experiencing record levels of profit).  A single payer plan would effectively take healthcare to a full non-profit status and essentially do away with the existing for-profit system.  The public option would allow the private, for-profit insurers to continue to do business, but would force them to compete with a non-profit, government regulated coverage plan.  It is acknowledged that the for-profit insurers stand to lose marketshare to a public option.  This is because consumers would likely drop their expensive private coverage for non-profit public plan coverage which – in the absence of the need to be profitable –  would certainly be able to offer coverage at far lower cost. So what does this all mean to understanding the scam Wall Street has successfully set up for itself?  Consider the following data from the New York Times.

“Shares of U.S. health insurers rose broadly on Tuesday on hopes a health reform bill would not include a government-run option, which has drawn strong opposition from insurers who fear it would destroy the private marketplace.

Aetna rose 12.6 percent, Coventry was up 12.7 percent and Cigna was 7.7 percent higher, all on the New York Stock Exchange. Centene rose 7.9 percent.”

As rumblings from Capitol Hill suggest support for the public option is flagging, Wall Street interprets this as signal to buy health insurance stocks whose price had been driven down by talk that a public option would indeed be included.  Now I am not blaming Wall Street for the eventual actions that Congress will or will not take with regard to healthcare reform.  I am just saying that Wall Street cuts throught he rhetoric and static, with its greedy eyes fixed permanently on the money.  That they see the for-profit insurance industry and the status quo as an increasingly attractive investment tells me the chances for a non-profit alternative are growing slimmer by the day. The fate of healthcare legislation will have a profound impact on the industry you, as Allen School students, are poised to enter into.  So the historic battle for the future of the American healthcare system is one you should be watching very closely.  I will continue to bring perspectives on the battle as it plays out.  I would love to hear from you about your thoughts on the issue.  Sound off below in the comments.

3 Responses to “Following the Money”