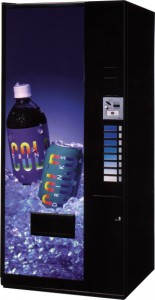 Several days ago, Pepsico announced that it has agreed to cease sales of high-sugar beverages in soda machines inside schools across the US.  The soft drink giant could no longer turn a blind eye to the direct correlation between its super sugary drinks and the epidemic of childhood obesity.  While I am sure that they were not super enthusiastic about losing this significant (but not critical) piece of their market, I imagine they felt the negative publicity surrounding soda in schools and childhood obesity was more damaging to their bottom line than agreeing to stop promoting the fattening of our children.  Following the Pepsico announcement, Kraft Foods announced that they would be cutting back the levels of salt used in the manufacture of many of their food products for sale in the US.  A nod to the growing numbers of health conscious Americans, Kraft has agreed to be more responsible in the production of foods consumed by millions.   They plan to eliminate 10 million pounds of salt from 1000 products over the next two years.  That’s alot of salt!  I feel like I need a Pepsi to quench my thirst. LOL

One Response to “US Food Producers Getting Healthier”