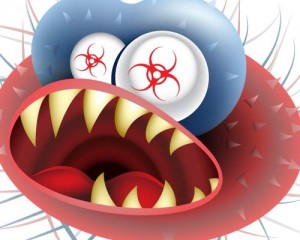 The Allen School Online blog has long covered the subject of MRSA and other so-called “superbugs” which are virulent strains of pathogens highly resistant to antibiotic treatment.  The long suspected culprit behind the rise of MRSA and other superbugs is the abuse of antibiotics by agri-business which continues to routinely include antibiotics in the feed used on poultry, cattle and hog farms.  The overuse of antibiotics is thought to promote the mutation of bacteria as all but the most resistant strains are eliminated.  Unfortunately, farm lobbies have effectively thwarted any attempts to regulate or eliminate this dangerous practice.  However, the public is ahead of Congress (as usual) in their support for such regulations.  Follow over the fold for some truly terrifying data.  In a great article at the Huffington Post, Dr. David Wallinga offered the following shocking data:

“Antibiotic sales data, collected from drug companies in 2009 by the Food and Drug Administration, shows the frightening reality: 80 percent of all antibiotics sold in the U.S. for any reason are used in animals — nearly three-quarters of which are given in feed to livestock and poultry that aren’t sick. For decades, feed antibiotics have been FDA-approved to promote growth using less feed, and to offset the infection risk from raising animals in too-close confinement. Unfortunately, the 2010 data show farm use of antibiotics in the U.S. only keeps rising. According to the poll, of 2,211 surveyed Americans: Now, contrast consumer concern with overall government inaction. The FDA has never succeeded in taking an already approved feed antibiotic off the market. It proposed eliminating penicillin and tetracycline in feed in 1977, but Congress forced FDA to abandon the proposal.”

Consumer demand can also have a marked effect on how growers produce these animal products.  With demand for organic and anti-biotic-free food products running at all time highs, those companies that listen to the voice of the customer are seeing a handsome reward.  Consider the awesome Chipotle burrito chain which sources all the pork for its heavenly carnitas from anti-biotic free Niman Ranch.   Since 2008 public shares of Chipotle stock are up a whopping 400%.   Clearly, the demand for more responsible food production practices is high.