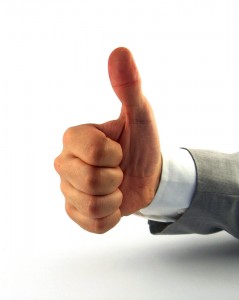 In Argentina, the “thumbs up” and “okay” gestures we use regularly in America are considered to be really vulgar. In Cambodia, it is bad manners to meet the eyes of someone who is older than you. In Turkey, people routinely stare – at foreigners and at each other! In China, winking is considered to be highly offensive. In India, it is expected that one will allow an arm’s length of distance from another in conversation, to provide personal space. Similarly, in Britain. In Mexico, however, people who converse stand very close to one another as do people in Russia and backing away appears rude. In Thailand, a nod doesn’t  mean “yes,” but is merely a sign of respect. In Japan, one must point with the entire hand, as pointing with the index finger is rude. One of the most sought after transferable skills (a skill that can be taken from one job to another) for those who work in the medical industry, is the ability to perceive nonverbal messages. It is through nonverbal messages that people communicate their real feelings and their intentions become evident.  Although we communicate through the spoken word, it represents only a marginal percentage of how we get a message across. We also send and receive signals using facial expressions, body language, gestures, and with our body posture and the distance we stand from others. These signals are read and interpreted, irrespective of our words. Understanding the body language of others provides an invaluable tool for those in the medical profession. Complicating the issue are the various interpretations of body language and gestures from country to country and the need for medical professionals to be culturally aware as they deal with patients from other countries. Just speaking a foreign language is not sufficient in terms of communicating with these patients, because there are additional cultural meanings being interpreted through nonverbal messages in body language and facial expression. One pretty much universal nonverbal message, however, is conveyed with a smile. Humans usually evidence happiness, amusement or pleasure by smiling. Studies have demonstrated that smiling is used as a way of communicating emotions all around the world. One study (Bernstein, et al., 2000) discovered that emotions are influenced by the faces we make.  Persons instructed to make an angry face actually experienced increased blood flow to their hands and feet. In another study (Davis & Palladino, 2000), people reported more favorable impressions of others when they themselves were asked to smile. So, when you are unsure as to the cultural mandates of nonverbal communication with patients from countries around the globe, make sure to smile frequently. It may not only lift their spirits, but it may improve your own!