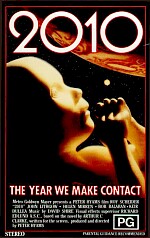 I was born at the beginning of the 70s.  It was a time commemorated by super huge collars on orange paisley, polyester shirts and high heeled, white patent leather, zip-up boots for menfolk.  We think of the Flower Power generation, Viet Nam and the Nixon years as the 60s.  Gordon Gecko’s “Greed is Good” ethos characterized the “Me Decade” known as the 80s and the 90s were the era of Bill Clinton, the OJ Simpson trial and Grunge Rock.  So what do we call the first decade of the new millennium as we draw to the close of the 2000s?  Follow me after the jump for some ideas and to leave some o’ yer own!   Seems odd that we have gotten through the entirety of the first decade of the new millennium without coming up with a moniker for it.  Maybe we were too preoccupied with the large number of troubling challenges this past decade seemed to throw at us.  9/11, the ham handed, lie-us-into-war-with-the-wrong-country response of the Cheney Bush misadministration, Hurricane Katrina and the loss of New Orleans, Global Warming, erosion of civil liberties, banking crisis, housing bubble collapse, etc, etc.  But we do need to settle on a handle for this decade, such as it was, so at least VH-1 will be able to make the next installment of their “I Love The            ‘s” retrospectives. Some ideas for names I have seen whirling around the intertubes include: The Aughts The Aughties (or if you prefer, the Naughties) The Double Ohs The Zeroes (I like this one) Do you have any suggestions?  Leave your ideas in the comments.

5 Responses to “What Do We Call the Ending Decade?”