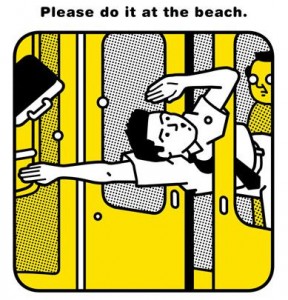 I guess it was foolish to think that New Yorkers corner the market on poor subway/mass transit behavior.  With transit services being cut back due to budget concerns, the already crowded New York City Subway system will likely see even greater numbers of people behaving badly.  But guess what?  It may make you feel better to learn that NYC isn’t the only urban area to grapple with peoples’ poor transit ettiquette.  Follow me past the jump for some comical signs that prove New York is not alone in the annals of bad transit behavior.

From the Tokyo Subway in Japan

Good thing there's no bar cars on the NYC Subway 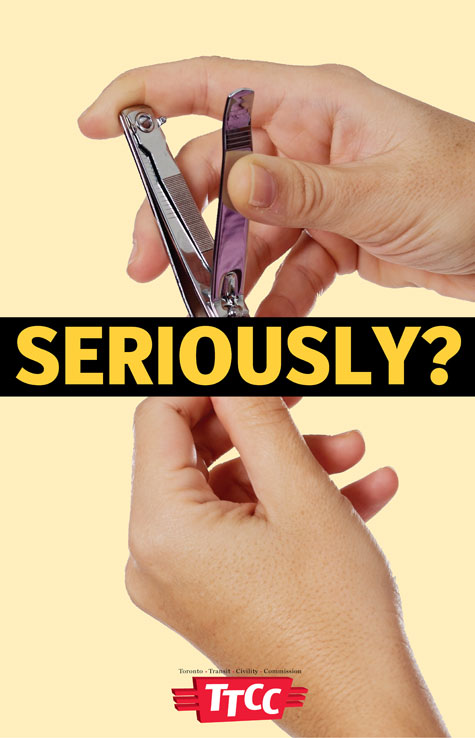 From the Toronto, Canada Transit System 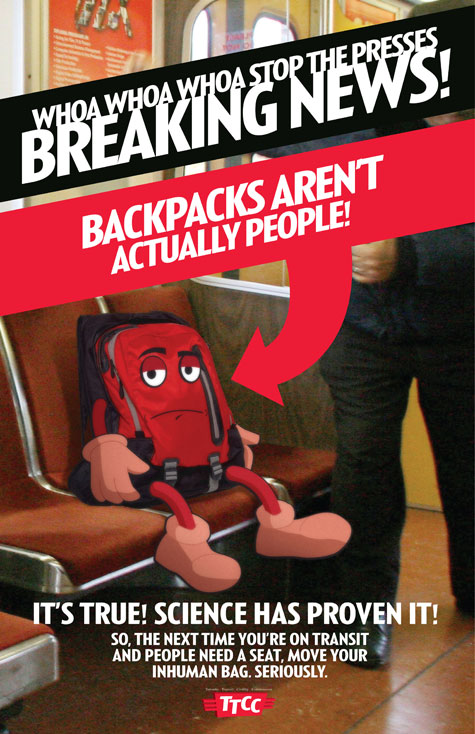 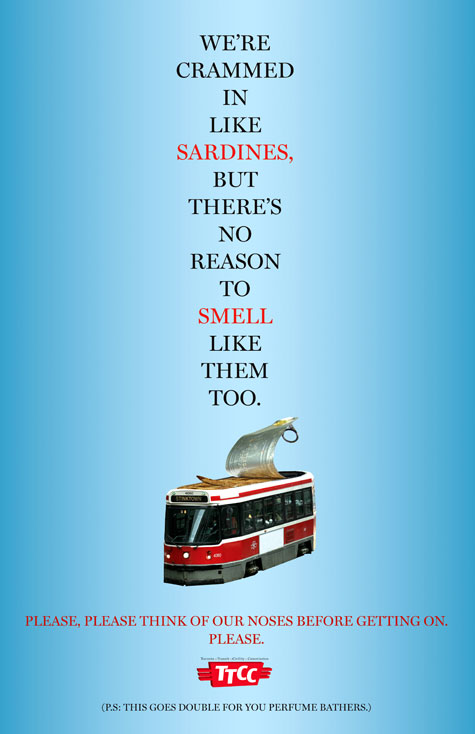 What if one works in a cannery? Perfume-o-holics, you have no excuse!!! 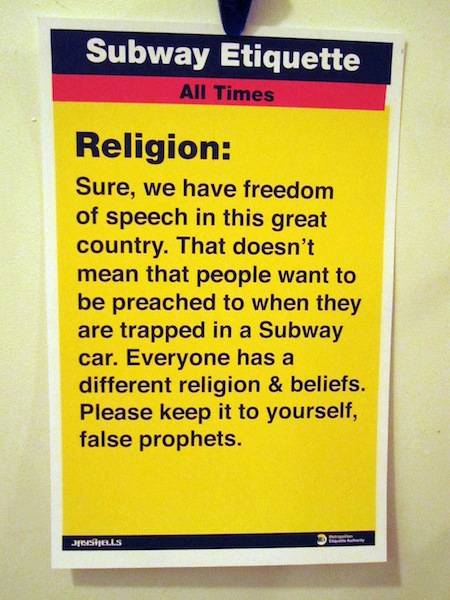 What are your biggest mass-transit pet peeves?  Share in the comments section below.

3 Responses to “File Under: Nothing New Under the Sun”