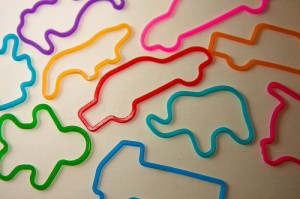 Clearly, it won’t happen this way to everyone.  But there is a lesson to take from the story of Bob Croak, the man responsible for making “Silly Bands” a household name.  You see, Croak was a bar owner/operator who ran afoul of the law.  As a stipulation of the judgment against him, he was ordered to refrain from being in the alcohol sales business.  In effect, he was pushed out of his career.  Did this sink him?  Did he end up destitute and living beneath an overpass?  No.  Quite the contrary, he struck off in a new direction and ultimately discovered what would become 2010’s hottest kiddie craze, the ubiquitous “Silly Bands”.  If you haven’t seen the colorful silicone bands in different shapes that adorn the wrists of nearly every American kid from ages 4-14, you should get your eyes checked.  Croak is sitting atop a toy empire and is making far more money than he ever could as a bar owner.  The moral of this story — especially for those who decided to enter the field of medical billing and coding after losing their jobs in other fields — is that the loss of a job is not always a negative occurrence.  Sometimes, unscheduled changes on the career path are just what a person needs to give them the time and space to explore entirely new horizons.  Sometimes, those horizons are at the edge of successes beyond their wildest dreams.

16 Responses to “How Job Loss Can Lead to Untold Riches”