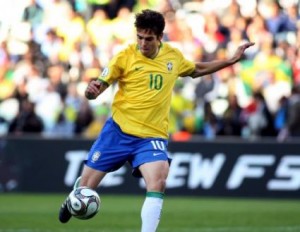 Brazil Discovers an Even Better Exercise Program than Soccer

OK, so you’ve heard Wednesdays referred to as “hump” day because it is the middle of the work week and once it’s over, the diligent worker has made it over the metaphorical hump and it’s a downhill run to the weekend.  Well, the Brazilian Health Minister has called for everyday to be hump day in his country in the name of public health.  Follow over the fold for the best piece of legislation I have heard proposed by any government official in years. AP reports:

“RIO DE JANEIRO – Brazil’s health minister has a remedy for the nation’s high-blood- pressure problem: More sex. Minister Jose Temporao says adults should be exercising more to help keep their blood pressure down — and he says a good cardiovascular workout includes sex, “always with protection, obviously.” Temporao also recommends dancing, a healthy diet and regular blood-pressure checks. The minister made the comments Monday while launching a national campaign against high blood pressure in the Brazilian capital of Brasilia.

The Health Ministry says that 21.5 percent of Brazilians had high blood pressure in 2006. That jumped to 24.4 percent in 2009.” I would wholeheartedly support the same recommendation being made to Americans by our own Health and Human Services Secretary, Kathleen Sebelius.   I think, what’s healthy for Brazilians can be equally health for Americans as well.  All this of course raises an interesting question though for students of billing and coding:  Will my insurance cover this and how should it be billed?

One Response to “Wednesday Humor: How Will This Be Billed?”