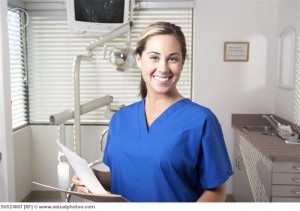 In April, the U.S. economy added 244,000 jobs — the third straight month to see an average of over 200,000 new positions created, according to new data from the Bureau of Labor Statistics.  However, despite the growth in employment, there is real concern that the jobs being added to the economy are not the high-wage, “quality” jobs lost over the course of the brutal recession. That’s bad news if you’re a manufacturing factory worker or a homebuilder as those fields don’t show the resiliency reflected in the latest employment figures.  If you’re in the following career fields, professional and business services, health care and leisure and hospitality, the news is good.  Those fields were called out specifically by the Bureau of Labor Statistics as areas where job and wage growth shows continued strength.  Now’s a good time to be studying for a career in medical billing and coding.  Don’t you feel smart?