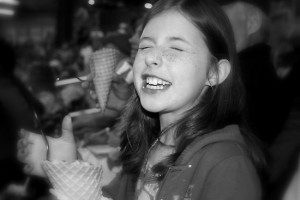 What causes “brain freeze” when eating ice cream or other cold treats too fast?  Admit it, you have always wanted to know why that happens right?  I know I have.   With today being the first day of summer, and the Northeastern humidity already squeezing beads of sweat out of my forehead, I am sure the local custard stand in every neighborhood is seeing increased business traffic.  So watch out.  Brain freeze is lurking just around the corner.  Waiting to make you ache as you consume your chocolate-vanilla twist with rainbow sprinkles.  The nice people at Mother Nature Network have answered the question “what causes brain freeze” in detail in the article linked here.  As a future member of the medical field, you’ll need to know the answers to pressing questions like this one. 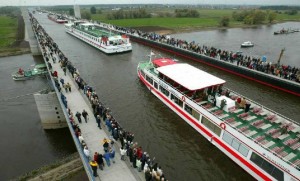 Added to the unending stories stored in the memory banks of individual families throughout the United States, stories about family members from far flung nations whose fervor to live the American dream, forged with a powerful work ethic, courage and an abiding faith, is the story of Ranen Kundu. Ranen Kundu, instructor of Computers, Office Procedures and Business English at Allen School since 2003, has a story of his own, a story of hard work and the positive rewards of it. Presently, Mr. Kundu teaches at both the Brooklyn and Queens campuses. In a life filled with ups and downs, Mr. Kundu, achieved his long sought goal. On April 15, 2009, he became an American citizen. An electrical engineer from Dhaka, Bengladesh, who had been working for that country’s government navigation project, Kundu came to America, in 1994, “to pursue the American Dream.” Toward that end, he obtained a masters degree in Computer Science from the City College of New York with a clear cut goal to work in Information Technology in the Engineering area. Unfortunately, in what would be a life-altering set of circumstances, 9/11 ensued and the jobs in Mr. Kundu’s field of choice became extremely rare and most difficult to obtain. It was at that time, that a close friend introduced Mr. Kundu to the Allen School, where he was hired as a computer instructor. With what he refers to as, “The teaching and help” of his friend and the “wonderful staff” at Allen School, Mr. Kundu, a highly motivated person, eager to learn from everyone, found a place in which his great knowledge, kind heart and dedication to excellence would be valued and optimized. “I like teaching and I learn so much from my students,” Kundu said. “My knowledge could not be complete without their help and the help of my colleagues and friends at Allen School.” On April 15th, when Mr. Kundu became a United States citizen, he reflected back on his personal history and on his parents who had raised four sons, of which Mr. Kundu is the third. His oldest brother is a medical doctor, working in Public Health for the Government of Bangladesh. His second brother is a businessman, and his youngest brother, living in Canada, is a Professional Civil Engineer. Mr. Kundu lives in Queens with his wife and two sons. His youngest son, Ryan, born here, is ten years old, in third grade, and wants to become a detective. His older son, Rahul, twenty years old, is presently at NYU studying in a dual program, simultaneously completing a Bachelors degree in Electrical Engineering and a Masters in Mathematics. In his “free time, Rahul, is doing a summer internship at the United States Air Force Research Lab in Rome, New York. Ranen Kundu is indeed living his American Dream, providing opportunities for his family, and for the countless Allen School students who are fortunate to be in his classroom. “I am proud of myself as a United States citizen,” Mr. Kundu said, “Now, I can vote and submit my opinion to the Government. This country has given me so much since I got here. Now it is my turn to give back.” Mr. Kundu is the de facto Allen School chronicler of events, generously offering his photographic expertise by taking photos for so many years. To see his current exhibit of the Graduation 2009 ceremonies, go to: For Facebook: Queens and Brooklyn Campuses Facebook: http://www.facebook.com/album.php?aid=89847&id=56312267794 Online Campus Facebook: http://www.facebook.com/album.php?aid=92459&id=57096317965 For the Blog: http://blog.online.allenschool.edu/?p=181#more-181
Tap Here to Talk to Us
1 (888) 620-6745
Live Chat